The Clinic is now OPEN as normal with Covid-secure guidelines in place. Please click here for more information. 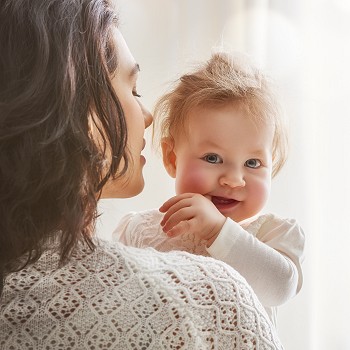 Many women see me with recognised conditions that can cause infertility, for example:

But what is most common is that the woman is 35+ and all her tests and scans are normal and she has a diagnosis of 'unexplained infertility'. Whether or not the couple are considering assisted reproduction i.e. IUI, IVF, ICSI then acupuncture and Chinese herbal medicine can be of great assistance in achieving a pregnancy.

The aim of treatment is to make every part of the menstrual cycle as optimal as possible for ovulation, conception and pregnancy to occur:

It is becoming increasingly common for the man's sperm to be the main factor contributing to the infertility so it is very important that he has a sperm test early on when trying to conceive to ascertain whether indeed there is a problem. If there is then he can make relevant dietary and lifestyle adjustments as well as taking appropriate supplements and herbal medicines and having acupuncture treatment.

25% of infertility is calculated to be directly due to the male partner and another 15 to 25% probably also has a male contribution.

Problems with sperm can be categorised as:

Acupuncture and Chinese herbal medicine can improve all of the above with a course of treatment lasting for at least 3 months. I generally treat male infertility with acupuncture every 2-3 weeks and herbal medicine taken daily.

In a study of 40 men with sperm problems (oligospermia, asthenospermia, or teratozoospermia) acupuncture was used on 28 men twice a week for 5 weeks and compared to the men who received no treatment.

Following the 10 sessions of acupuncture there was a statistically significant increase in the % and number of sperm compared to the control group with improvements in the shape of the sperm also.

The average % of progressive motility in the ejaculate increased from 44.5% to 55% following the acupuncture treatment.

The authors concluded that "In conjunction with ART or even for reaching natural fertility potential, acupuncture treatment is a simple, non-invasive method that can improve sperm quality."